Mr. Brian Saltzman
In Recognition of his Successful Tenure as JCHC Board President 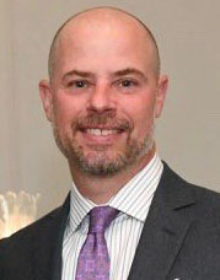 Brian grew up in Waterbury, CT, within a working- and middle-class Jewish community established by Eastern European immigrants in the early 1900s.   He was bar mizvah’d in the same synagogue (Beth El) where his grandparents and parents were married, and which is now an orthodox Yeshivah.  Waterbury was then and is now a melting pot of immigrants from everywhere, and Brian attended public schools and played sports with kids from every background.  In high school he left Waterbury to attend The Gunnery, a boarding school in Washington, CT, on an academic scholarship.

A graduate of the Georgetown University School of Foreign Service, Brian also earned an MBA from the J.L. Kellogg Graduate School of Management at Northwestern University. After receiving his master’s degree, Brian joined American Express, where he held a variety of sales strategy and sales leadership positions. He went on to launch and lead the marketing effort for FlexMind.com, and then served nearly seven years as a sales performance and relationship management consultant at Huthwaite, advising the sales leadership of Fortune 500 companies.

In 2008, Brian began his career in wealth management.  He is currently a Senior Vice President and principal in The Apgar Saltzman Group at Morgan Stanley, where he and his team advise wealthy families on a range of issues, including investments, tax planning. philanthropy and the multigenerational transfer of wealth.
In addition to serving on the Board of JCHC, Brian has served as a Trustee of B’Nai Keshet Synagogue, Volunteer Lawyers for Justice, and Parents Who Rock.  In his spare time he enjoys music, golf and poker.  He lives in Montclair with his wife, Alma Schneider, and their four children: Ilah, Levi, Lincoln and Asa.
Administrative Login   Play Ads Full Screen With Controls
Powered by Wizadjournal - Developed by PBCS Technology
Servers: web1 mysql5 Event: 1518