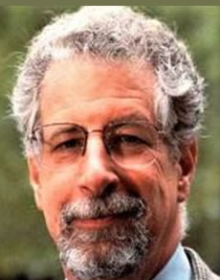 Place Tribute/Reservation
Share with your family and friends.
(Deceased).  Dr. Stanley S. Herr was a lawyer whose career of crusades for the mentally disabled altered the legal landscape from schools to death row. After Weequahic High School, he graduated from Yale College and Yale Law School, and later earned a doctorate in law from Oxford University.
Dr. Herr argued several noted cases on the civil rights of the disabled, among them the one that led to the closing of the infamous Willowbrook Developmental Center on Staten Island in 1987. He also helped establish the federal law requiring appropriate public education for disabled children.
During the Clinton administration, he was a Kennedy Public Policy Fellow at the White House, advising on disability and homelessness issues. In 1983, he became a law professor at the University of Maryland teaching civil rights, human rights, and clinical legal education. From 1998-99, Dr.Herr served as the President of the American Association on Mental Retardation (now known as the American Association on Intellectual and Developmental Disabilities).
One of his earliest jobs was with the National Office of Legal Aid and Defenders Association, where he was a lead lawyer in three important cases. The first, Mills vs. Board of Education of the District of Columbia, established “the constitutional right to a free and appropriate public education for children with all types and severities of disabilities.”
Congress and the Supreme Court cited the landmark Mills case as providing the legal and political road map for the 1975 National Education for All Handicapped Children Act (now known as IDEA, the Individuals with Disabilities Education Act) that required special education for every child regardless of impairment. At a Senate hearing on reauthorizing the law in 1997, Dr. Herr said, ''The regimes of segregation and exclusion for children with disabilities rivaled the worst abuses and humiliations of Jim Crow schooling that once beset African-Americans.''

Dr. Herr’s involvement in two subsequent cases (one in Alabama in 1972, the other in New York in1973) ultimately resulted in the closing of warehouse-like institutions for the mentally ill in a number of states. In addition, Dr.Herr submitted a brief which was cited by the Supreme Court in abolishing the death penalty for those with intellectual disabilities. His victory in a 1989legal battle caused Maryland to bar the execution of criminals identified as mentally retarded, only the second state to do so.

Dr. Stanley Sholom Herr died at 56 from adrenal carcinoma, a rare cancer, on September 24, 2001. In addition to his wife of 22 years, Raquel Schuster, he is survived by three children - David Herr and twin daughters, Deborah Herr Richter and Ilana Herr - as well as a sister, Judith Herr, also a WHS alumna.
Administrative Login   Play Ads Full Screen With Controls