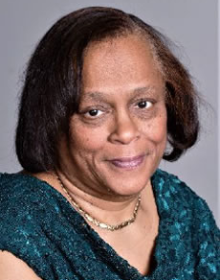 Place Tribute/Reservation
Share with your family and friends.
Lynda Arnold-Davis was born and raised in Newark, New Jersey.
She was known for always helping people and taking care of children which led her into nursing. She is a graduate of class of 1971 of Weequahic High School. While attending Essex County College, Lynda worked as a pediatric nursing assistant at United Hospital in Newark and upon graduating in 1973, she continued as a Registered Nurse in the Neonatal unit.

Relocating to Jacksonville, Florida,1974, Lynda was the first Black American Registered Nurse to work Neonatal ICU; she was quickly promoted to the head nurse position.

Returning to Newark in 1982 Lynda rejoined the staff at United Hospital where she worked as a staff nurse and nurse manager.  Her talents were again recognized and Lynda was the first black director of Children’s Hospital of New Jersey, a division of United Hospital in 1996. During her tenure at United, Lynda continued her education and obtained her BSN from Jersey City State College in 1994.

Lynda was the Drug and Alcohol Coordinator for the County of Essex.  She was responsible for monitoring all substance abuse treatment and prevention programs in the county and is certified as a Chemical Dependency Associate. In addiction, Lynda was the Patient Care Coordinator at University Hospital in Newark where she had responsibility for all nursing and administrative activities on weekends and evenings. In 2006 Lynda obtained her ANA certification in Nursing Administration.

2009 was a challenging year for Lynda.  She survived colon rectal cancer and completed her Master of Science degree in Healthcare Administration from Bellevue University.

Lynda is currently the Director of Family Health Services of University Hospital and is matriculating her doctoral degree from Felician University.

Lynda has received numerous awards and citations, such as Concerned Black Nurses of Newark Nurse of the Year, Nurse Recognition Award from the NJ League of Nurses, and The March of Dimes Nurse Leader of the Year.

Lynda resides in Hillside, NJ with her husband Jim Davis.  She has two daughters Monshuan and Anntrunette, one son-in-law Shawn, and one grandson Messiah.
Administrative Login   Play Ads Full Screen With Controls