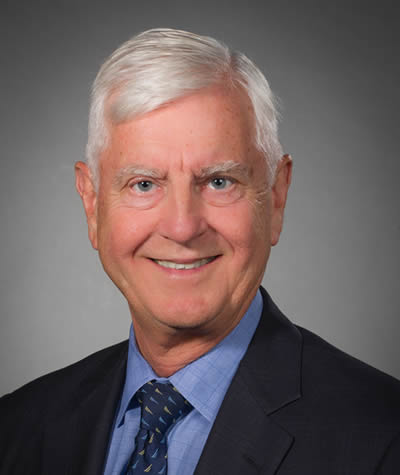 Lawrence G. Smith, MD, MACP, is executive vice president for Northwell Health and founding dean of the Donald and Barbara Zucker School of Medicine at Hofstra/Northwell, which received full accreditation by the Liaison Committee on Medical Education and whose first class graduated in May 2015.

Before joining Northwell, Dr. Smith was at the Mount Sinai School of Medicine (currently the Icahn
School of Medicine at Mount Sinai) in Manhattan, where he served as dean and chair of the Department of Medical Education, founder and director of the school’s Institute for Medical Education, professor of medicine, and an attending physician. He joined the faculty of the Mount Sinai School of Medicine in 1994 as vice chair of the Department of Medicine and residency program director. Prior to his career at the medical school for the Mount Sinai Health System, Dr. Smith practiced general medicine at Stony Brook University Hospital, where he became a full-time faculty member, director of education, and program director of the hospital’s residency program in internal medicine. He began his career practicing general internal medicine in Huntington.

Dr. Smith has held senior leadership positions in national societies for medical education and residency
training, has authored numerous peer-reviewed publications in the area of medical education, and has
received many awards and honors from national and international organizations. In 2011, he was
elected a Master of the American College of Physicians. Dr. Smith was inducted into the Gold
Humanism Honor Society in 2014, invited to join the Arnold P. Gold Foundation Board of Trustees in
2017, and named chair of the Gold Foundation’s Program Committee in 2018. He serves on the
Executive Committee and as treasurer for the Associated Medical Schools of New York. Dr. Smith
serves as chair of the National Academy of Sciences Roundtable on Health Literacy and is a member of
the New York State Board of Education Advisory Committee on Long-Term Clinical Clerkships and the
University of Rochester’s Board of Trustees Advisory Council. He is a former regent of the American
College of Physicians, former member-at-large of the National Board of Medical Examiners, former
member of the Board of Directors of the American Board of Internal Medicine, and former member of
the Board of Visitors of Fordham College.

Dr. Smith earned a Bachelor of Science in Physics from Fordham University and a medical degree from
NYU School of Medicine. His residency in internal medicine at Strong Memorial Hospital (Rochester, New
York) was followed by military service as a captain in the Army Medical Corps at Fitzsimons Army Medical
Center in Denver.
Administrative Login   Play Ads Full Screen With Controls