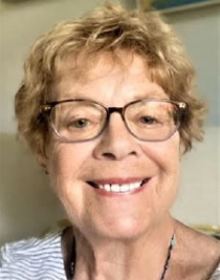 In 1984, she was appointed to the NJ Superior Court as a Judge in 1984.  She presided over cases in the Civil, Criminal, and Chancery trial divisions in Union County, NJ, until 2013.

Miriam’s was highly regarded as a fair and extremely knowledgeable lawyer and judge.  One of the highlights of her career was in 1982 when she defended a domestic violence survivor in one of the first cases to use the ‘battered woman’ defense.  She also served on a number of other precedent setting cases during her long tenure in the legal profession. Miriam was raised in a family that placed great emphasis on education and service.  It was no surprise that she carried those beliefs into her professional life.

Miriam retired when her son fell ill so she could care for him.  After his death, she became active with a number of social service organizations.  She is a literacy volunteer, active with the Westfield Foundation, has served on the Overlook Hospital Advisory Board, and was a docent at the Holocaust Museum.

Miriam is married to real estate attorney Gerald Span and they have a daughter, Jenny.
Administrative Login   Play Ads Full Screen With Controls